One reason to demand a currency on the foreign exchange market is the belief that the currency's value is about to increase. One reason to supply a currency—that is, sell it on the foreign exchange market—is the expectation that the currency's value is about to decline. For example, imagine that a leading business newspaper, like the Wall Street Journal or the Financial Times, runs an article predicting that the Mexican peso will appreciate in value. Figure illustrates the likely effects of such an article. Demand for the Mexican peso shifts to the right, from D0 to D1, as investors become eager to purchase pesos. Conversely, the supply of pesos shifts to the left, from S0 to S1, because investors will be less willing to give them up. The result is that the equilibrium exchange rate rises from 10 cents/peso to 12 cents/peso and the equilibrium exchange rate rises from 85 billion to 90 billion pesos as the equilibrium moves from E0 to E1.

The shifts in demand and supply curves both cause the exchange rate to shift in the same direction. In this example, they both make the peso exchange rate stronger. However, the shifts in demand and supply work in opposing directions on the quantity traded. In this example, the rising demand for pesos is causing the quantity to rise while the falling supply of pesos is causing quantity to fall. In this specific example, the result is a higher quantity. However, in other cases, the result could be that quantity remains unchanged or declines.

This example also helps to explain why exchange rates often move quite substantially in a short period of a few weeks or months. When investors expect a country’s currency to strengthen in the future, they buy the currency and cause it to appreciate immediately. The currency's appreciation can lead other investors to believe that future appreciation is likely—and thus lead to even further appreciation. Similarly, a fear that a currency might weaken quickly leads to an actual weakening of the currency, which often reinforces the belief that the currency will weaken further. Thus, beliefs about the future path of exchange rates can be self-reinforcing, at least for a time, and a large share of the trading in foreign exchange markets involves dealers trying to outguess each other on what direction exchange rates will move next.

Differences across Countries in Rates of Return

The motivation for investment, whether domestic or foreign, is to earn a return. If rates of return in a country look relatively high, then that country will tend to attract funds from abroad. Conversely, if rates of return in a country look relatively low, then funds will tend to flee to other economies. Changes in the expected rate of return will shift demand and supply for a currency. For example, imagine that interest rates rise in the United States as compared with Mexico. Thus, financial investments in the United States promise a higher return than previously. As a result, more investors will demand U.S. dollars so that they can buy interest-bearing assets and fewer investors will be willing to supply U.S. dollars to foreign exchange markets. Demand for the U.S. dollar will shift to the right, from D0 to D1, and supply will shift to the left, from S0 to S1, as Figure shows. The new equilibrium (E1), will occur at an exchange rate of nine pesos/dollar and the same quantity of $8.5 billion. Thus, a higher interest rate or rate of return relative to other countries leads a nation’s currency to appreciate or strengthen, and a lower interest rate relative to other countries leads a nation’s currency to depreciate or weaken. Since a nation’s central bank can use monetary policy to affect its interest rates, a central bank can also cause changes in exchange rates—a connection that we will discuss in more detail later in this chapter.

If a country experiences a relatively high inflation rate compared with other economies, then the buying power of its currency is eroding, which will tend to discourage anyone from wanting to acquire or to hold the currency. Figure shows an example based on an actual episode concerning the Mexican peso. In 1986–87, Mexico experienced an inflation rate of over 200%. Not surprisingly, as inflation dramatically decreased the peso's purchasing power in Mexico. The peso's exchange rate value declined as well. Figure shows that the demand for the peso on foreign exchange markets decreased from D0 to D1, while the peso's supply increased from S0 to S1. The equilibrium exchange rate fell from $2.50 per peso at the original equilibrium (E0) to $0.50 per peso at the new equilibrium (E1). In this example, the quantity of pesos traded on foreign exchange markets remained the same, even as the exchange rate shifted.

Visit this website to learn about the Big Mac index. 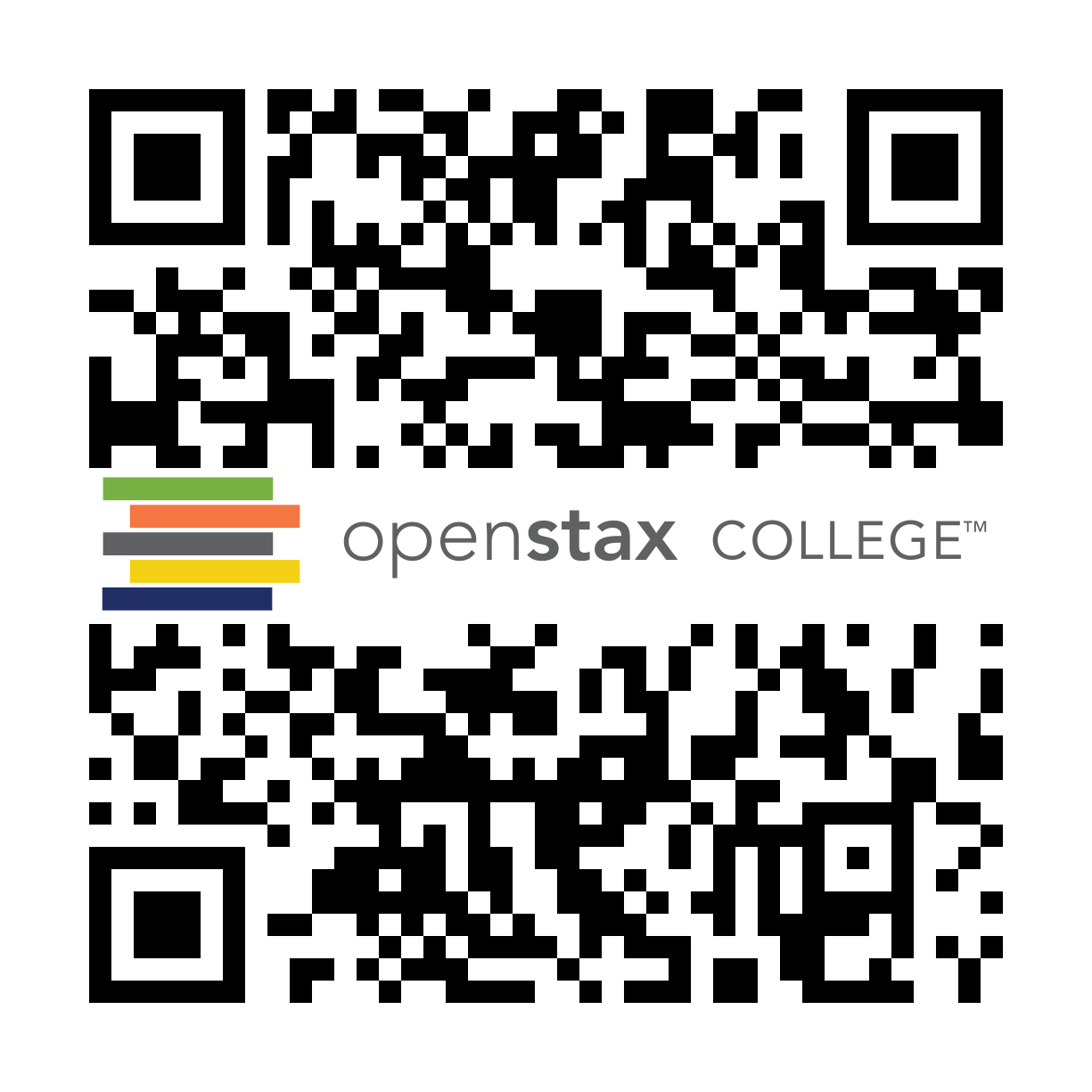 Over the long term, exchange rates must bear some relationship to the currency's buying power in terms of internationally traded goods. If at a certain exchange rate it was much cheaper to buy internationally traded goods—such as oil, steel, computers, and cars—in one country than in another country, businesses would start buying in the cheap country, selling in other countries, and pocketing the profits.

For example, if a U.S. dollar is worth $1.30 in Canadian currency, then a car that sells for $20,000 in the United States should sell for $26,000 in Canada. If the price of cars in Canada were much lower than $26,000, then at least some U.S. car-buyers would convert their U.S. dollars to Canadian dollars and buy their cars in Canada. If the price of cars were much higher than $26,000 in this example, then at least some Canadian buyers would convert their Canadian dollars to U.S. dollars and go to the United States to purchase their cars. This is known as arbitrage, the process of buying and selling goods or currencies across international borders at a profit. It may occur slowly, but over time, it will force prices and exchange rates to align so that the price of internationally traded goods is similar in all countries.

The misleading appearance of a changing Japanese economy occurs only because we used the market exchange rate, which often has short-run rises and falls. However, PPP exchange rates stay fairly constant and change only modestly, if at all, from year to year.

In the extreme short run, ranging from a few minutes to a few weeks, speculators who are trying to invest in currencies that will grow stronger, and to sell currencies that will grow weaker influence exchange rates. Such speculation can create a self-fulfilling prophecy, at least for a time, where an expected appreciation leads to a stronger currency and vice versa. In the relatively short run, differences in rates of return influence exchange rate markets. Countries with relatively high real rates of return (for example, high interest rates) will tend to experience stronger currencies as they attract money from abroad, while countries with relatively low rates of return will tend to experience weaker exchange rates as investors convert to other currencies.

In the medium run of a few months or a few years, inflation rates influence exchange rate markets. Countries with relatively high inflation will tend to experience less demand for their currency than countries with lower inflation, and thus currency depreciation. Over long periods of many years, exchange rates tend to adjust toward the purchasing power parity (PPP) rate, which is the exchange rate such that the prices of internationally tradable goods in different countries, when converted at the PPP exchange rate to a common currency, are similar in all economies.

Suppose that political unrest in Egypt leads financial markets to anticipate a depreciation in the Egyptian pound. How will that affect the demand for pounds, supply of pounds, and exchange rate for pounds compared to, say, U.S. dollars?

Expected depreciation in a currency will lead people to divest themselves of the currency. We should expect to see an increase in the supply of pounds and a decrease in demand for pounds. The result should be a decrease in the value of the pound vis à vis the dollar.

Suppose U.S. interest rates decline compared to the rest of the world. What would be the likely impact on the demand for dollars, supply of dollars, and exchange rate for dollars compared to, say, euros?

A decrease in Argentine inflation relative to other countries should cause an increase in demand for pesos, a decrease in supply of pesos, and an appreciation of the peso in foreign currency markets.

Does a higher rate of return in a nation’s economy, all other things being equal, affect the exchange rate of its currency? If so, how?

Does a higher inflation rate in an economy, other things being equal, affect the exchange rate of its currency? If so, how?

What is the purchasing power parity exchange rate?

Do you think that a country experiencing hyperinflation is more or less likely to have an exchange rate equal to its purchasing power parity value when compared to a country with a low inflation rate?