These public policy arguments about how nations should react to globalization and trade are fought out at several levels: at the global level through the World Trade Organization and through regional trade agreements between pairs or groups of countries.

The World Trade Organization (WTO) was officially born in 1995, but its history is much longer. In the years after the Great Depression and World War II, there was a worldwide push to build institutions that would tie the nations of the world together. The United Nations officially came into existence in 1945. The World Bank, which assists the poorest people in the world, and the International Monetary Fund, which addresses issues raised by international financial transactions, were both created in 1946. The third planned organization was to be an International Trade Organization, which would manage international trade. The United Nations was unable to agree to this. Instead, 27 nations signed the General Agreement on Tariffs and Trade (GATT) in Geneva, Switzerland on October 30, 1947 to provide a forum in which nations could come together to negotiate reductions in tariffs and other barriers to trade. In 1995, the GATT transformed into the WTO.

The GATT process was to negotiate an agreement to reduce barriers to trade, sign that agreement, pause for a while, and then start negotiating the next agreement. Table shows rounds of talks in the GATT, and now the WTO. Notice that the early rounds of GATT talks took a relatively short time, included a small number of countries, and focused almost entirely on reducing tariffs. Since the mid-1960s, however, rounds of trade talks have taken years, included a large number of countries, and have included an ever-broadening range of issues.

The sluggish pace of GATT negotiations led to an old joke that GATT really stood for Gentleman’s Agreement to Talk and Talk. The slow pace of international trade talks, however, is understandable, even sensible. Having dozens of nations agree to any treaty is a lengthy process. GATT often set up separate trading rules for certain industries, like agriculture, and separate trading rules for certain countries, like the low-income countries. There were rules, exceptions to rules, opportunities to opt out of rules, and precise wording to be fought over in every case. Like the GATT before it, the WTO is not a world government, with power to impose its decisions on others. The total staff of the WTO in 2014 is 640 people and its annual budget (as of 2014) is $197 million, which makes it smaller in size than many large universities.

There are different types of economic integration across the globe, ranging from free trade agreements, in which participants allow each other’s imports without tariffs or quotas, to common markets, in which participants have a common external trade policy as well as free trade within the group, to full economic unions, in which, in addition to a common market, monetary and fiscal policies are coordinated. Many nations belong both to the World Trade Organization and to regional trading agreements.

The best known of these regional trading agreements is the European Union. In the years after World War II, leaders of several European nations reasoned that if they could tie their economies together more closely, they might be more likely to avoid another devastating war. Their efforts began with a free trade association, evolved into a common market, and then transformed into what is now a full economic union, known as the European Union. The EU, as it is often called, has a number of goals. For example, in the early 2000s it introduced a common currency for Europe, the euro, and phased out most of the former national forms of money like the German mark and the French franc, though a few have retained their own currency. Another key element of the union is to eliminate barriers to the mobility of goods, labor, and capital across Europe.

The world has seen a flood of regional trading agreements in recent years. About 100 such agreements are now in place. Table lists a few of the more prominent ones. Some are just agreements to continue talking. Others set specific goals for reducing tariffs, import quotas, and nontariff barriers. One economist described the current trade treaties as a “spaghetti bowl,” which is what a map with lines connecting all the countries with trade treaties looks like.

Yet another dimension of trade policy, along with international and regional trade agreements, happens at the national level. The United States, for example, imposes import quotas on sugar, because of a fear that such imports would drive down the price of sugar and thus injure domestic sugar producers. One of the jobs of the United States Department of Commerce is to determine if there is import dumping from other countries. The United States International Trade Commission—a government agency—determines whether the dumping has substantially injured domestic industries, and if so, the president can impose tariffs that are intended to offset the unfairly low price.

In the arena of trade policy, the battle often seems to be between national laws that increase protectionism and international agreements that try to reduce protectionism, like the WTO. Why would a country pass laws or negotiate agreements to shut out certain foreign products, like sugar or textiles, while simultaneously negotiating to reduce trade barriers in general? One plausible answer is that international trade agreements offer a method for countries to restrain their own special interests. A member of Congress can say to an industry lobbying for tariffs or quotas on imports: “Sure would like to help you, but that pesky WTO agreement just won’t let me.”

If consumers are the biggest losers from trade, why do they not fight back? The quick answer is because it is easier to organize a small group of people around a narrow interest (producers) versus a large group that has diffuse interests (consumers). This is a question about trade policy theory. Visit this website and read the article by Jonathan Rauch. 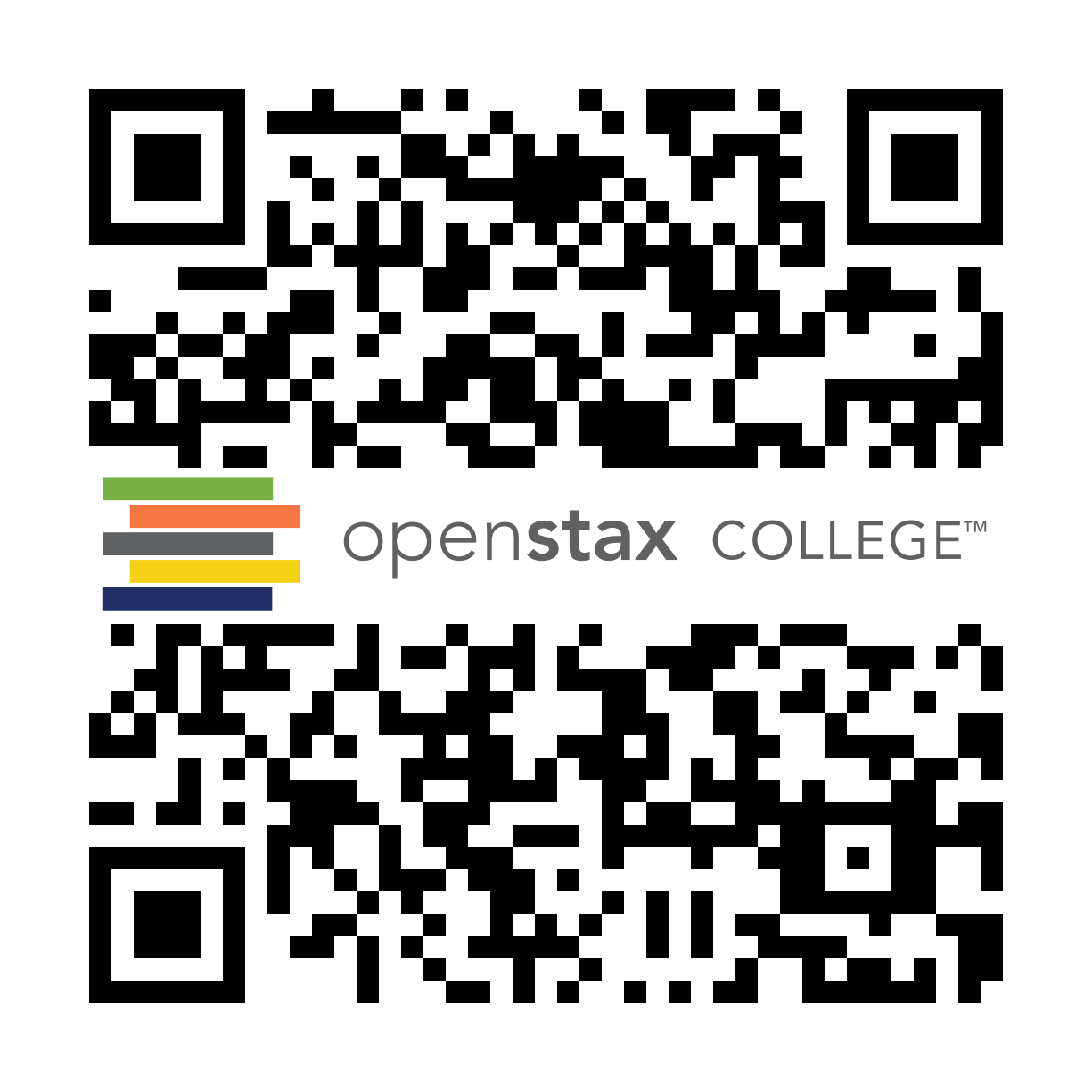 Long-Term Trends in Barriers to Trade

In newspaper headlines, trade policy appears mostly as disputes and acrimony. Countries are almost constantly threatening to challenge other nations' “unfair” trading practices. Cases are brought to the dispute settlement procedures of the WTO, the European Union, NAFTA, and other regional trading agreements. Politicians in national legislatures, goaded on by lobbyists, often threaten to pass bills that will “establish a fair playing field” or “prevent unfair trade”—although most such bills seek to accomplish these high-sounding goals by placing more restrictions on trade. Protesters in the streets may object to specific trade rules or to the entire practice of international trade.

Through all the controversy, the general trend in the last 60 years is clearly toward lower barriers to trade. The average level of tariffs on imported products charged by industrialized countries was 40% in 1946. By 1990, after decades of GATT negotiations, it was down to less than 5%. One of the reasons that GATT negotiations shifted from focusing on tariff reduction in the early rounds to a broader agenda was that tariffs had been reduced so dramatically there was not much more to do in that area. U.S. tariffs have followed this general pattern: After rising sharply during the Great Depression, tariffs dropped off to less than 2% by the end of the century. Although measures of import quotas and nontariff barriers are less exact than those for tariffs, they generally appear to be at lower levels than they had been previously, too.

Thus, the last half-century has seen both a dramatic reduction in government-created barriers to trade, such as tariffs, import quotas, and nontariff barriers, and also a number of technological developments that have made international trade easier, like advances in transportation, communication, and information management. The result has been the powerful surge of international trade.

Governments determine trade policy at many different levels: administrative agencies within government, laws passed by the legislature, regional negotiations between a small group of nations (sometimes just two), and global negotiations through the World Trade Organization. During the second half of the twentieth century, trade barriers have, in general, declined quite substantially in the United States economy and in the global economy. One reason why countries sign international trade agreements to commit themselves to free trade is to give themselves protection against their own special interests. When an industry lobbies for protection from foreign producers, politicians can point out that, because of the trade treaty, their hands are tied.

What is the difference between a free trade association, a common market, and an economic union?

Why would countries promote protectionist laws, while also negotiate for freer trade internationally?

Reductions in tariffs, quotas, and other trade barriers, improved transportation, and communication media have made people more aware of what is available in the rest of the world.

Name several of the international treaties where countries negotiate with each other over trade policy.

What is the general trend of trade barriers over recent decades: higher, lower, or about the same?

If opening up to free trade would benefit a nation, then why do nations not just eliminate their trade barriers, and not bother with international trade negotiations?

Why do you think that the GATT rounds and, more recently, WTO negotiations have become longer and more difficult to resolve?