Opposite of a Number 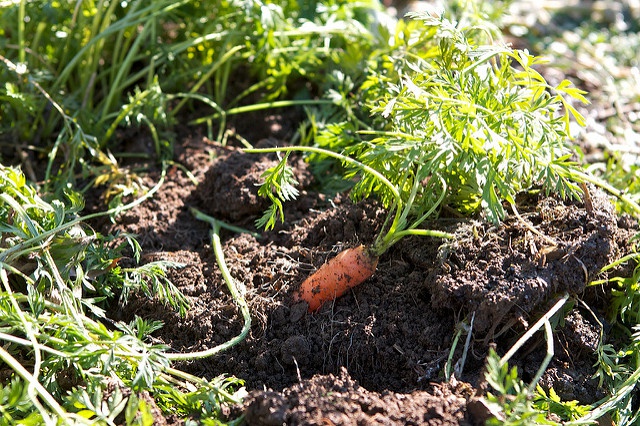 Students watch a dot get tossed from one number on a number line to the opposite of the number. Students predict where the dot will land each time based on its starting location.

Make sure students understand the definitions of negative number, integers, and rational numbers. Discuss the idea that 0 is neither positive nor negative.

Explore the Number Line Contraption with the class. Ask various students to predict where the dot will land each time. Start by generating the whole-number number line. Then show students how to generate and use the decimal and fraction number lines. Reinforce that for the first number line, students use whole numbers, or integers, to enter their prediction. In the other two, however, students use rational numbers (fractions or decimals) to enter their prediction.

ELL: When introducing new words, remember to allow ELLs to use a dictionary. Repeat the new words at a slower pace, and write them down, asking some of the students to repeat after you. Be sure ELLs feel comfortable with the pronunciation.

Discuss the Math Mission. Students will explore the location of positive and negative numbers on a number line.

Explore the location of positive and negative numbers on a number line.

Have students predict where the dot will land each time.

ELL: In providing these prompts and questions, be sure that ELLs understand the meaning of the words contained therein. Be sure that if the student involved is an ELL, your pace is adequate and you are providing ample wait-time to allow for a thoughtful response. At any point, present the questions in writing if you think that will support ELLs. Also allow students to use dictionaries before responding if there are words in your questions that they don’t understand.

As students experiment with the Number Line Contraption, watch how quickly students begin to notice that the dot always lands the same distance from 0 as it starts, but on the other side of the number line.

Work With the Number Line Contraption

Look for student presentations that mathematically express the regularity of where the dot lands using numbers and variables and a diagram.

Student does not understand

Student has a hard time writing an expression of the action

Work With the Number Line Contraption

Be sure students’ presentations accurately explain how the Number Line Contraption works using numbers, variables, and diagrams and include the terms positive, negative, integer, and rational number.

Find students to present who:

ELL: When asking the questions above, make sure you point to the numbers that you are asking about. Pointing is a simple and effective strategy to use when working with ELL students.

Gather students to discuss their work with the Number Line Contraption. Have students make their presentations to the class.

Ask questions such as the following:

Introduce the concept of the absolute value of a number as its distance from 0. In this simulation, it is the distance between the dot and the number 0. Students will explore absolute value more in the next lesson.

Have students who did the Challenge Problem share their thinking. Ask class members to evaluate whether their thinking makes sense.

ELL: Be sure that your pace is adequate, and, if needed at any point, present the questions in writing. Provide sentence frames as appropriate, but consider that ELLs might not need them, especially if the questions are shown in writing (students can “borrow” some of the words from the questions to construct their answers).

Allow ELLs to use a dictionary. Repeat the new words at a slower pace, and write them down, asking some of the students to repeat after you. Be sure ELLs feel comfortable with the pronunciation.

Pre-teach these terms to students with disabilities. Provide a written definition and a visual representation of each term. Post them on a Word Wall or on anchor charts for students to copy into their notebook.

Take notes about how positive and negative numbers are represented on a number line.

As students present, ask questions such as:

Find the Opposite of a Number

ELL: Encourage students to work cooperatively on this task. Group ELLs with students who can help them work through the language to improve understanding.

Apply the Learning: Find the Opposite of a Number

The opposite of a number n is the number that is the same distance from 0 as n but on the other side of 0 on a number line. The number 0 is its own opposite.

As student pairs work together, listen for students who may still have trouble with the following:

Work with students individually or in small groups to eliminate any misconceptions. Include additional experiences with the Number Line Contraption.

ELL: When writing the reflection, provide some additional time for ELLs to discuss with a partner before writing to help them organize their thoughts. Allow ELLs who share the same language of origin to discuss their ideas in this language if they wish, and to use a dictionary (or dictionaries).

Summary of the Math: Opposites and Negatives

Have each student write a brief reflection before the end of class. Review the reflections to find out what students know about the opposite of a number.

Create a “reflection checklist” to help students to self-assess the quality of their reflection. This will help struggling writers to self-monitor their work.

SWD: Reflecting on learning can be challenging for some students. Support students who may get lost in the meaning of this task by providing specific questions to which they can respond. Some students may require sentence starters or paragraph frames as writing support. Also support students by providing models from earlier lessons that include the elements of a complete reflection.

One thing I know about the opposite of a number is ….