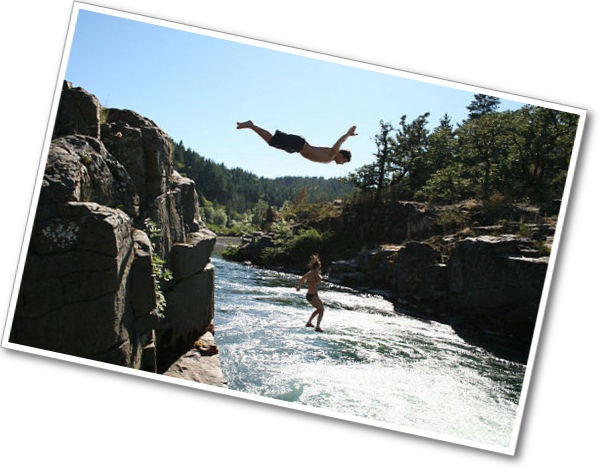 Allow students who have a clear understanding of the content thus far in the unit to work on Gallery problems of their choosing. You can then use this time to provide additional help to students who need review of the unit's concepts or to assist students who may have fallen behind on work.

Chen stands on top of a cliff, and a woman scuba diver dives in the ocean below. Students will determine their positions on a vertical number line that represents distance above and below sea level.

A map shows the lowest temperatures recorded in January since 2008 for five cities. Students will locate these temperatures on a number line and compare the temperatures.

Students will use positive and negative numbers and Greenwich Mean Time to find the times of different cities around the world.

Students will research the history of negative numbers and absolute value and create a timeline to show what they learned.

Students will create a video about rational numbers and absolute value.

In this diagram, the vertical number line represents distances above and below sea level. Sea level is at 0 meters.

Chen: “I think of negative numbers as movements on a number line.”

This map shows five cities in the United States and their lowest recorded January temperatures (in degrees Fahrenheit) since 2008. Use the map to answer the following questions. Create a video about rational numbers and absolute value.