Balance Scale As A Mathematical Model 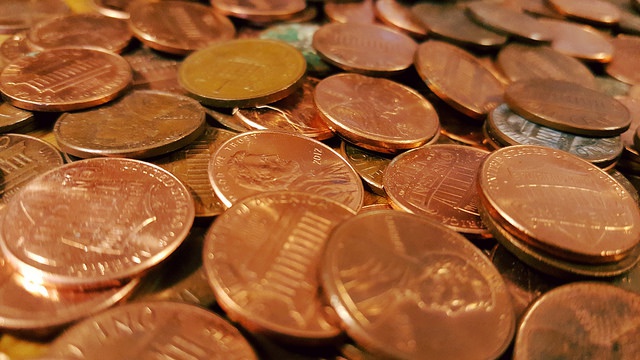 The concept of an inequality statement can be modeled using an unbalanced scale. The context—weighing a set of coins in order to identify the one coin that weighs less than the others—allows students to manipulate the weight on either side of the scale. In doing so, they are focused on the relationship between two weights—two quantities—and whether or not they are equal.

Which Coin Is Counterfeit?

Present the situation and help students understand it as needed. Have students look at the Hint if they do not know the meaning of counterfeit.

Have students turn and talk to their partners about their ideas for using the balance scale to identify the counterfeit coin. Be sure that students understand that they can put more than one coin on each side of the scale at a time.

SWD: Help students with disabilities build their mathematical vocabulary by continually modeling the use of new terms in the context of classroom work and activities.

Which Coin Is Counterfeit?

Suppose you have 12 coins, and one of the coins is counterfeit. You know that the counterfeit coin weighs less than the other coins.

Discuss the Math Mission. Students will develop a strategy for consistently finding the counterfeit coin in a group of real coins using a balance scale.

Develop a strategy for consistently finding the counterfeit coin in a group of real coins using a balance scale.

Circulate around the room. Remind students that they should describe their methods in writing.

Listen and look for the following ways of thinking, and identify students whose work would be good for the whole-class discussion.

Look for students who:

SWD: Students with disabilities may struggle to self-monitor whether strategies are effective or ineffective. Help students to reflect by modeling think-aloud strategies, if students have difficulty changing approaches from an ineffective strategy.

Students must make sense of the situation in order to find the counterfeit coin. Look for different methods of solving the problem, and identify students to share their strategies.

Student does not recognize that the information he is looking for is whether or not the scale is balanced.

Student may not realize that the heavier pan will be lower (not higher) than the other pan.

Student realizes that splitting the coins into groups is a good strategy but does not know where to go from there.

See the possible approaches described in Preparing for Ways of Thinking. Students must write their strategies down. Here are two approaches that are within reason at this level (neither solves the problem in the fewest steps possible):

Place a single coin on each side of the scale, and then add a single coin to each side in turn until the scale is not balanced. (The unbalanced scale is shown in the final step here, but this could happen at any of the earlier steps.)

Some students may notice that the final inequality is equivalent to the inequality used to model the first step in the previous approach: 6a > 5a + b.

Think back to the problem you just discussed:

Suppose you have 12 coins, and one of the coins is counterfeit. You have a balance scale, and you know that the counterfeit coin weighs less than the other coins.

In another group of 12 coins, there are 2 counterfeit coins that are lighter than the rest.

Suppose you have 6 coins on each side of the balance scale and the left side is heavier. What does this situation tell you?

Both sides of the balance must be considered at the same time to gain any information about the coins.

Bring out the following points as students share their strategies:

Focus on the correct usage of the = sign and the < and > symbols in students' shared work.

Draw attention to how students are using the terms equation and inequality in their explanations, and relate these terms as needed to uses of equal, balanced, unequal, unbalanced, and any other terms students use to describe the equality or lack of equality between the sides of the scale.

ELL: Speak clearly and monitor your speech for slang and idiomatic expressions. Use intonation, volume, and pauses to help make your meaning clear. Rephrase instead of repeating; paraphrase important concepts and directions.

Take notes about the different strategies your classmates used for finding the counterfeit coin(s).

Have each student write a quick reflection before the end of the class. Review the reflections to learn which strategies students preferred for identifying the counterfeit coin.